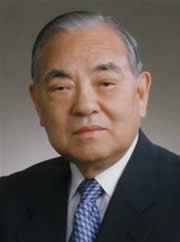 Dr. Hideo Aiso, Director, Board of Trustees (formerly President, Tokyo University of Technology), has been awarded the C&C Prize for 2008 by NEC C&C Foundation for his “contributions to the advancement and growth of the computer industry through research and development on computer systems, and for the development of new interdisciplinary areas in ICT, resulting in the progress of education and research methodologies.”